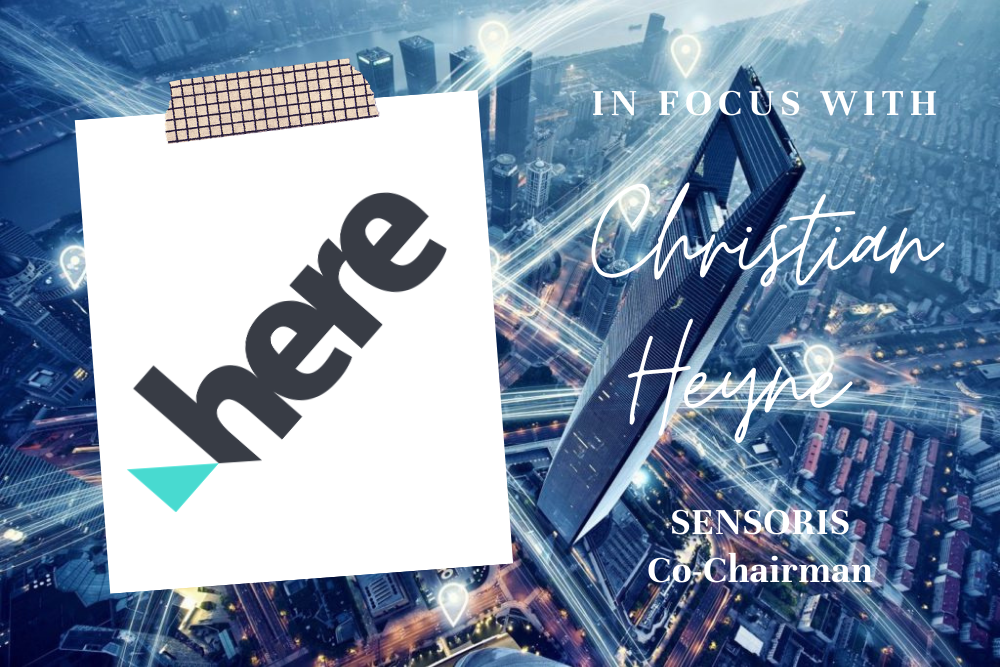 Dr. Christian Heyne (HERE Technologies) was recently elected as one of the two Co-Chairmen of SENSORIS. With two decades of experience in cross-national and cross-industrial standards, Mr. Heyne shares his vision and future expectations for SENSORIS in this interview.

Dr. Heyne, what is your history with SENSORIS? When did your work on this platform first start?

„Although my history with SENSORIS is relatively recent – I was asked to step on board just two months ago –  the issue to bring cross-national and cross-industrial standards in line has accompanied me for more than two decades, back to the days when conceptually building navigable data bases with incorporating source data proved to be an almost insuperable obstacle due to different data standards.  On joining SENSORIS I have been able to dive in deeper and meet with other key players. I can say without a doubt that I am honoured to co-chair such an ambitious and important project, with so many dedicated experts sharing their know-how and co-operating to make things happen.”

With your appointment as co-chair of SENSORIS, you will now be co-leading a consortium of 40 members. How important is collaboration when it comes to standardisation in the field of connected and automated driving?

„This is probably one of the most crucial points of all. There is no such thing as an „everyone for themselves” approach as this is naturally contradicting the very essence of standardisation. Collaboration among SENSORIS members will be key for achieving international acceptance as THE standard for vehicle-based sensor data and thus it is as much a challenge as it is an unparalleled opportunity. This already became clear during the election process and during my early conversations with my highly esteemed colleague András, who introduced me to the many aspects of SENSORIS’ work and its requirements.”

What goals do you hope to achieve with SENSORIS in the near future?

„There will be immediate, intermediate and long-term goals to be distinguished between.  The immediate goal is to form an active collaboration mode with engaged participation of all Steering Board members so that pending Change Requests will be worked upon to clear the path for the next SENSORIS release. Intermediate and also long-term goals will be to prepare SENSORIS for the next level of standardisation in conjunction with the bigger international standardisation organisations such as ISO and CEN which will boost international recognition with important customers.”

In your opinion, what makes SENSORIS different from other innovation platforms?

„In my view SENSORIS is unique because on the one hand it gathers and receives information and input from a large expert group consisting of key players in the industry, and on the other hand it receives such content also from other forums and consortiums dedicated to working on highly specialised tasks. This hybrid constellation ensures the optimal input of the most recent and advanced technologies and expertise there is in the world of autonomous driving, which is highly dependent on sensor data and will help elevating this unified exchange format to international standard and recognition.”

How do you see your personal contribution?

“Having been with HERE (formerly NAVTEQ) for more than two decades, the experience of map making basically from scratch has provided me with a wealth of experience in the various associated fields. I am striving to support the coordination between the many internal and external stakeholders in the process of driving SENSORIS to international and widespread acceptance to be used as the leading standard when it comes to dealing with vehicle sensor standards. This will also require a fair deal of diplomacy and dedication, which is the bread and butter of my work in the field of map regulatory and governmental affairs.”