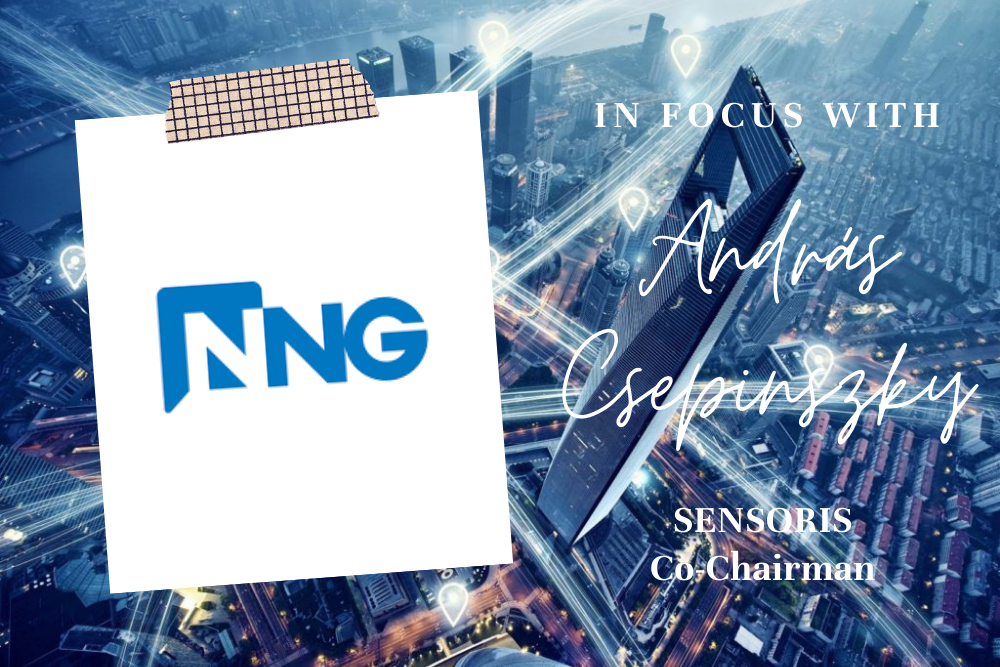 Since 2016, newly elected Co-Chairman András Csepinszky (NNG) has contributed to SENSORIS with his work on the platform’s specification requirements. In this interview, Mr. Csepinszky shares his vision on the importance and future of SENSORIS.

András, what is your history with SENSORIS? When did your work on this platform first start?

„I started to discuss ITS standardisation with SENSORIS in May 2016 after I met Prokop Jehlicka, the former SENSORIS chairman at the 3rd Open AutoDrive Forum in Amsterdam. The goal of the discussion was to map all available published standards and industry specifications on Floating Car Data (FCD). NNG joined SENSORIS in September 2016 when I volunteered to become part of Working Group 1 – Specification Requirements. It was WG1 which ran gap and overlap analysis of available FCD and FCD-like international and European standards. We delivered the first draft of our work at the end of 2016 and this continued with the collection of requirements for specification work.”

With your appointment as co-chair of SENSORIS, you will now be co-leading a consortium of 40 members. How important is collaboration when it comes to standardisation in the field of connected and automated driving?

„Collaboration is the very essence of the work on standardisation, whether it is delivering de-facto/industry standards or international/European standards. Technology standards are based on consensus, built by participating contributors including delegated experts of companies, organisations or countries. This consensus represents common interests and is based on shared technological understanding. This is key when large scale technological deployment is the goal, as it is the only way to achieve interoperability between the implementations of the different industry stakeholders. Collaboration is a MUST: publicly available connected and automated driving (CAD) technologies can’t exist without standards enabled interoperability.”

What goals do you hope to achieve with SENSORIS in the near future?

„A long-term goal I expect is for SENSORIS to become a European and international standard and be endorsed by European data regulation – together with other important CAD-related standards. SENSORIS will also deliver a new major release of its specification featuring some exciting developments!”

In your opinion, what makes SENSORIS different from other innovation platforms?

„SENSORIS is building a specification which enables industry stakeholders to add value to the data generated by vehicles driving on the roads. It provides a consistent and flexible data exchange mechanism, specifying the data model and the data definitions. It defines the data physical format too. SENSORIS is running full steam ahead thanks to the dedication of its members who share a clear and exciting vision and mission.”